Why do we hiccup and what happens when we hiccup?

We all know what hiccups are and we all have experienced it. In this article, we will tell you the facts about hiccups. So, let’s go and find out why we hiccup and what happens when we hiccup.

Why do we hiccup? What causes hiccups?

Doctors point out that a round of hiccups often follows from stimuli that stretch the stomach, like swallowing air or too rapid eating or drinking. Others associate hiccups with intense emotions or a response to them:

What happens when we hiccup?

Let’s have a look at what happens when we experience a hiccup. The involuntary spasm or quick contraction of the diaphragm, the huge dome-shaped muscle beneath our lungs that we use to inhale air, starts the process. The abrupt closure of the vocal cords and the opening between them, known as the glottis, occurs practically immediately after this. The diaphragm moves, causing a rapid intake of breath, but the vocal cords close, preventing it from entering the windpipe and reaching the lungs. It also makes the distinctive “hic” sound. Hiccups have yet to be identified as having a function. They don’t appear to offer any medical or physiological benefits. 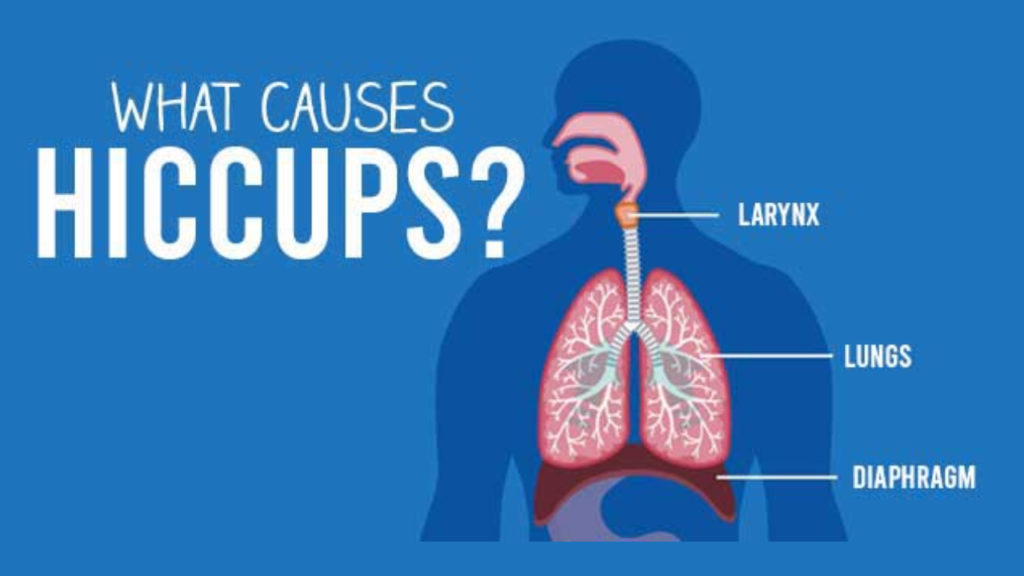 Why begin to inhale air only to suddenly stop it from actually entering the lungs?

Do such structures serve some hidden function that hasn’t yet been discovered? Or are they relics of our evolutionary past, having once served some important purpose only to persist into the present as vestigial remnants?

Hiccups may have originated millions of years before humans appeared, according to one theory. The lung is supposed to have evolved as a mechanism to allow early fish to take use of the copious oxygen in the air above them, as many of them lived in warm, stagnant water with little oxygen.

According to this theory, the hiccup is a remnant of the ancient passage from sea to land. A fast closure of the glottis prevents water from entering the lungs after an inhalation that could transfer water over gills. Evidence reveals that the neuronal patterning responsible for creating a hiccup is nearly analogous to that responsible for amphibian respiration.

Another team of scientists believes that the response is still present in humans today because it provides a significant benefit. They point out that actual hiccups are only found in mammals and aren’t found in birds, lizards, turtles, or any other species that only breathe air.

Furthermore, hiccups arise in human babies long before they are born, and they are significantly more common in children than in adults. Nursing is a particularly mammalian activity, according to their theory. The ancient hiccup reflex may have been adapted by mammals to help remove air from the stomach as a sort of glorified burp. The diaphragm would suddenly expand, releasing air from the stomach while the glottis would close, preventing milk from entering the lungs.

Sometimes, a bout of hiccups will go on and on, and we try home remedies:

World’s records for the hiccup

After a hog landed on top of him in 1922, Charles Osborne began to hiccup. He wasn’t cured for another 68 years and is currently the global record holder for hiccup longevity, according to Guinness. Meanwhile, Jennifer Mee, a Florida teen, may claim the record for having 50 hiccups per minute for more than four weeks in 2007.

Well, these are some interesting facts about hiccups; Why do we hiccup, and what happened when we hiccup? I hope you enjoyed the article and learned something from this. For more global facts, visit our website.

2 thoughts on “Why do we hiccup and what happens when we hiccup?”