Why did Russia attack Ukraine- Russia Ukraine conflict: What are imposed sanctions on Russia?

No doubt, Russia is a big nuclear power and its attack on Ukraine has tensed the world. The Russia-Ukraine conflict has been the subject of numerous recent events. We’ll go over some of the most important current events in this post to keep you up to date. So, let’s go and discuss why Russia attacked Ukraine. What is the conflict between the two countries? What are the imposed sanctions on Russia?

So what happened recently?

President of Russia Vladimir Putin sent soldiers into separatist pro-Moscow districts of eastern Ukraine on Monday, February 2, 2022, in what Russia described as a peacekeeping mission. This occurred shortly after Putin issued laws acknowledging the Moscow-backed territories’ independence. The decrees signaled Moscow’s official recognition of the Donetsk People’s Republic and the Luhansk People’s Republic, both of which are located in eastern Ukraine’s Donbas area. The decrees acknowledged them as autonomous states and pledged Russian troops to protect them. 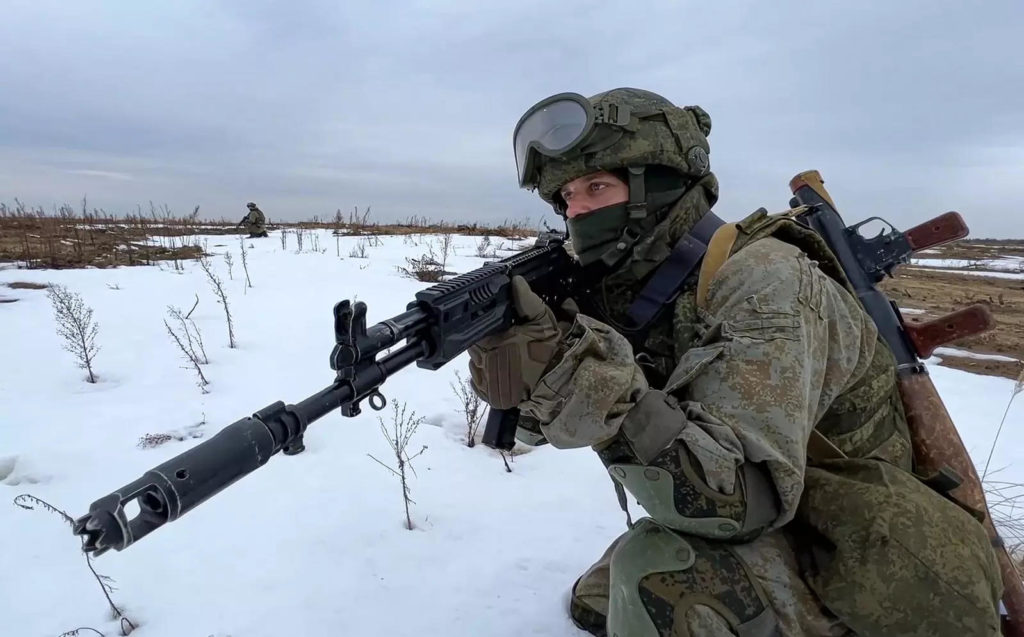 To further understand why this is a big deal we need to look at the history of Ukraine’s separatist regions.

When Ukraine’s pro-Russian president Viktor Yanukovych was unseated in February 2014 by huge protests, Russia reacted by invading Ukraine’s Crimean Peninsula. Following that, in April 2014, an insurgency erupted in the Donbas region of eastern Ukraine. In the Donetsk and Luhansk areas, Russia-backed insurgents seized government facilities, declared people’s republics, and fought Ukrainian forces and volunteer battalions. The separatist areas staged a public vote in the months that followed to declare independence and make a push to join Russia. Ukraine and the West have accused Russia of providing troops and weapons to the insurgency and rebels. This declaration has been disproved by Russia which claims that Russians were fighting as volunteers. 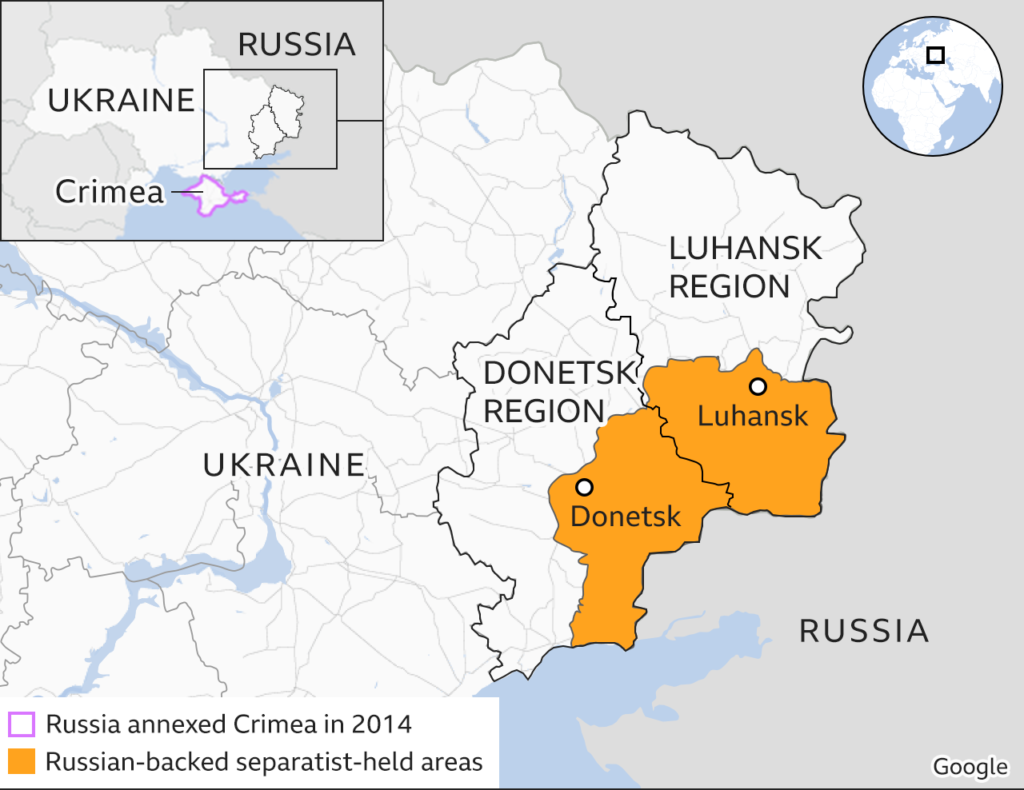 In 2014, there were a number of battles between the Ukrainian army and insurgents. In August 2014, the Ukrainian government, the rebels, and the Organization for Security and Cooperation in Europe (OSCE) signed a peace agreement in Minsk, Belarus, that included a cease-fire, a withdrawal of all foreign combatants, an exchange of prisoners and hostages, a pardon for rebels, and a commitment of autonomy for separatist territories.

However, the agreement immediately fell apart, and large-scale warfare resumed, resulting in a severe loss of Ukrainian forces in the Baltic in January and February of 2015. In Minsk, a similar peace pact was drafted and signed. But this time, with the support of France’s, Russia’s, Ukraine’s, and Germany’s leaders. Although this deal helped to halt large-scale hostilities, it virtually granted rebels political control of the territories, causing unrest in the region for the past eight years.

At this time, the main response to Russia’s actions is sanctions imposed by a number of countries.

What is a sanction?

If you don’t know what a sanction is, it’s a penalty imposed by one country on another, usually to deter the latter from acting aggressively or infringing international law. Sanctions are frequently used to harm a country’s economy or the personal wealth of individuals, such as politicians. They are among the most severe measures that nations can take without resorting to war.

What are the sanctions imposed on Russia?

Russia has already been sanctioned by a number of countries. The United Kingdom has imposed a slew of penalties against Russia, including asset freezes for five banks and three Russian oligarchs. The European Union has imposed sanctions on 27 Russian persons and entities.

The US has sanctioned five top Russian elites and imposed new restrictions on US debt-related agreements with Russia. The White House is ready to inflict more severe penalties.

Germany has also suspended approval of the Nord Stream 2 gas pipeline, a 750-mile route that connects Russia and Germany and has the capacity to supply 55 billion cubic meters of gas per year. For the Russian state-owned business Gazprom, this is worth almost $15 billion. The list goes on and on, as additional countries continue to announce penalties

The major goal appears to be to de-escalate the situation in Ukraine through dialogue. “The door to diplomacy with Russia remains open,” White House press secretary Jen Saki stated. “His nation has two plans,” Ukrainian Foreign Minister Dmytro Kuleba added. Plan A is to use every diplomatic weapon at our disposal to dissuade Russia and prevent escalation. If that fails, he claims that his country will fight for every inch of our land, as well as every city and hamlet, until we win.

So, what do you think? Why did Russia attack Ukraine? Comment and let us know.

4 thoughts on “Why did Russia attack Ukraine- Russia Ukraine conflict: What are imposed sanctions on Russia?”