A lethal 40,000-kilometer (29,400-mile) zone runs through 15 countries. The Ring of Fire gets its name from the numerous volcanoes that dot the landscape. And we’ve decided that all 452 volcanoes will explode at the same time right now. What a tumultuous occasion. We’ll tell you about the Pacific Ocean Ring of Fire eruption in this post, as well as what would happen if it erupted right now.

The Ring of Fire is a horseshoe-shaped area that encircles the Pacific Ocean’s border. When continental plates moved on top of oceanic plates, driving the oceanic plates into the mantle below, its volcanoes are developed. Subduction is a type of tectonic action that produces more than only volcanoes. Massive earthquakes are also a result of it. So we wouldn’t just be talking about lava streaming if all of these volcanoes erupted at the same time. Massive earthquakes, poisonous gas, and tsunamis would all be present. 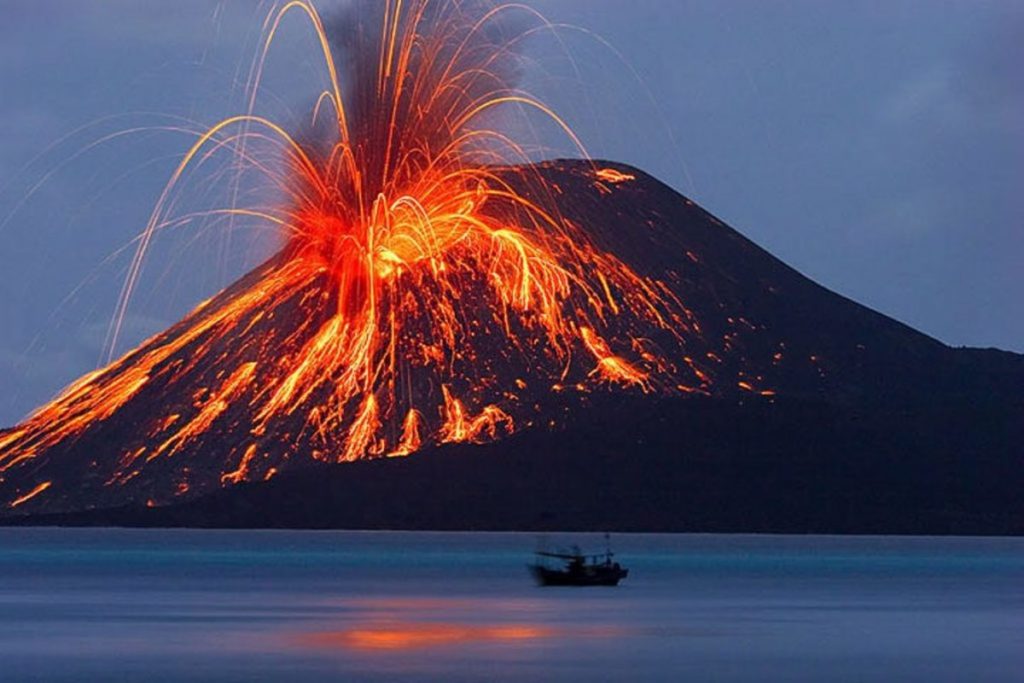 Phenomena behind the ring of fire eruption

Tectonic plates are responsible for volcanic eruptions and devastating earthquakes. The crust and mantle of the Earth are formed by these plates, which are constantly shifting. They contact and scrape against one another as they move, eventually fracturing and emitting seismic waves. When one tectonic plate is pushed beneath another, it forms magma, which is molten rock. Due to the fact that magma is lighter than rock, it rises to the surface, trapping gas along the way. Because these gas bubbles can’t escape quickly when magma is thick, pressure develops. When the pressure builds up enough, a volcanic eruption occurs. The Ring of Fire’s volcanoes are very dangerous.

Mount Mayon erupted in the Philippines in 1814, killing over 1,200 people. When Mount Kadovar erupted in 2018, Papua New Guinea’s entire population was forced to flee. A massive tectonic event would be required for all 452 volcanoes to erupt at the same time. As if a new supercontinent is forming.

The Atlantic Ocean has been broadening and driving the Pacific Ocean to narrow since Pangea broke up. Some of these continental fragments may eventually meet, resulting in a seismic disaster. Your local volcano would erupt and spew lava if you lived anywhere in the Ring of Fire. Next, deadly earthquakes would strike, triggering tsunamis all around the Pacific Ocean’s shoreline.

The ash would blanket the globe, completely shutting out the sun. When Mount Pinatubo erupted in 1991, it cooled portions of the planet by up to 0.4 degrees Celsius (0.7 degrees Fahrenheit) for two years. And the dense coating of ash would do more than merely lower temperatures. It would also result in widespread crop failures, resulting in a worldwide food scarcity. As if things couldn’t get any worse, the noxious volcanic gasses would produce acid rain. The rain would increase the acidity of the waters, harming coral reefs. There would be a mass extinction of marine life. 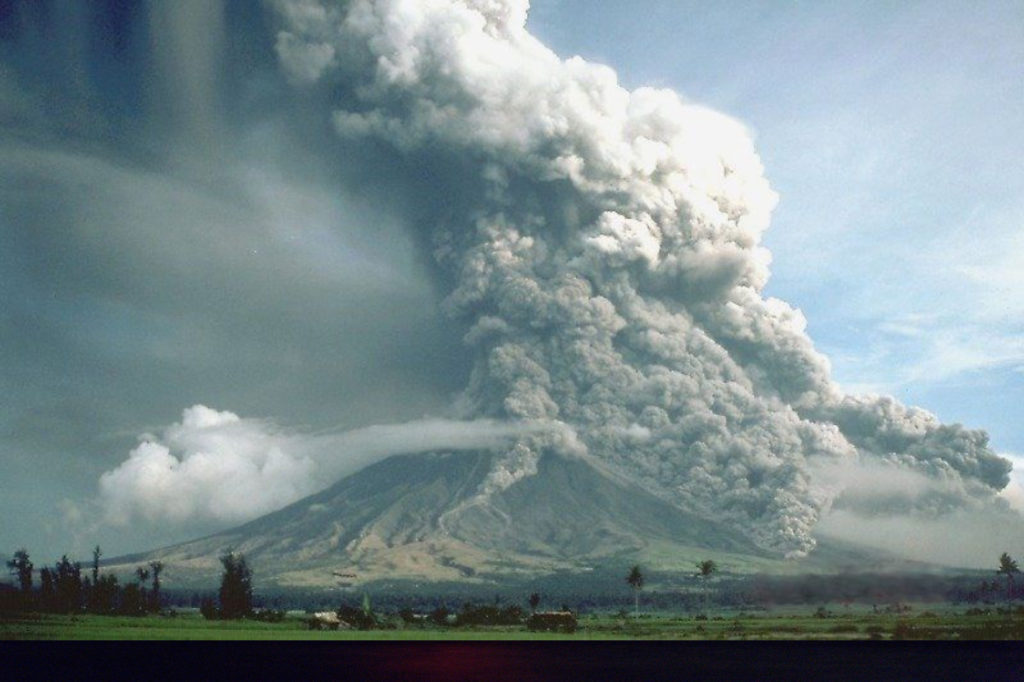 No prediction of volcanic eruptions

Worst of all, we have no way of knowing when volcanic eruptions will occur. There would be no prior notice. Cities would be devastated, and a large number of people would suffer. Fortunately, this is exceedingly uncommon to occur. The Ring of Fire, on the other hand, will always be active. There’s also a new challenge. While the frequency of eruptions isn’t rising, the amount of damage caused by them is. The more people who live and construct near active volcanoes, the more lives and property are lost when they erupt. We don’t just have to be concerned about active volcanoes. Volcanoes that have been dormant for a long period might also erupt. Scientists didn’t locate slumbering volcanoes beneath Antarctica until 2013. That, however, is a story for another What If.

The Ring of Fire is a horseshoe-shaped area that stretches around the edge of the Pacific Ocean. Their eruption can cause great destruction. Well, we should pray and hope that eruption of volcanoes should never happen. This is dangerous and lethal. I hope you have learned something from the post. For more articles, visit our website.

Note: Must read A Terrific Star Explosion Will Be Seen in The Skies of 2022′: Is It Really True?