2022 is full of sports, music, and space events. Among these mega events of the world, there is Global Citizen Festival 2022. In this post, we will tell you all the details you want to know about this big event. So, let’s go.

The Global Poverty Project has been running the yearly music festival called the Global Citizen Festival since 2012. Hugh Evans and Ryan Gall founded it. Gall claimed that his desire to replace corporate branding with charitable branding came from his experience at Austin City Limits, where he noticed the stage’s logo.

Chris Martin, the lead singer for Coldplay, was named the festival’s curator for the ensuing 15 years in 2015, according to the organizers.

The Continent is now part of the Global Citizen Festival’s reach. Accra, Ghana has been named as the sister city for the 2022 event, which will take place in September, and is intended to raise money for global initiatives to combat poverty and climate change.

In addition to celebrating the 10th anniversary of the Global Citizen Festival on September 24 from the iconic Global Citizen stage on the Great Lawn in Central Park, New York City, the event will include a simultaneous live performance from Accra, Ghana, making it a truly global experience with some of the most well-known musicians from around the world. 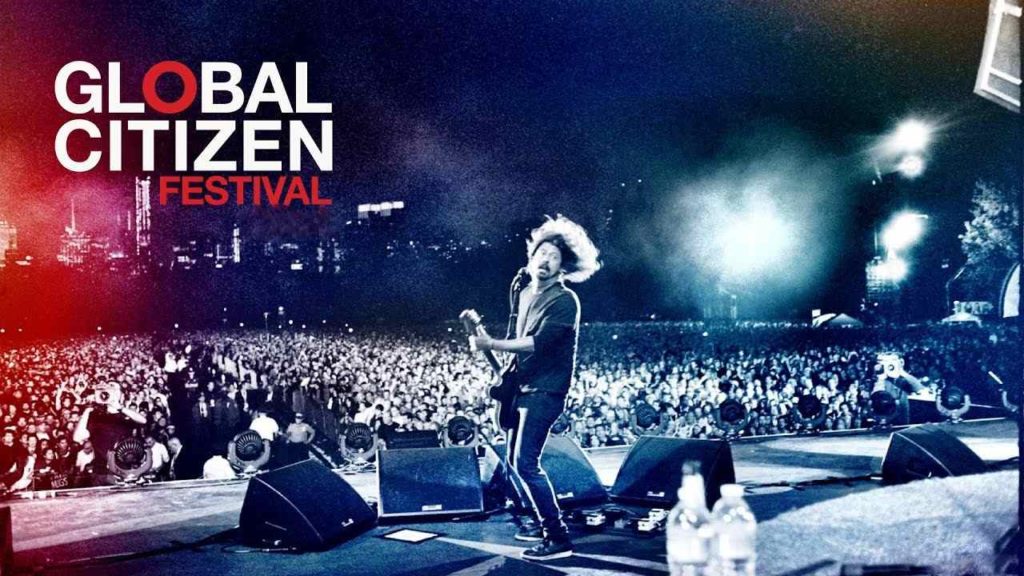 The festival combines the biggest names in music with the ability to affect social change. The goal of this event, which takes place in late September and will features celebrities like Rhianna, Cardi B, Janet Jackson, The Weekend, Eddie Vedder, and Metallica, is to increase public awareness of global issues.

The Global Poverty Project launched the Global Citizen Festival in 2012. The Foo Fighters, The Black Keys, John Legend, Band of Horses, K’naan, and Neil Young & Crazy Horse were the first lineup. Chris Martin, the main singer for Coldplay, has been the festival’s organizer since 2015.

The festival is free

The fact that the Global Citizen Festival is free is its best feature. However, getting tickets is difficult; you have to sign a petition to reform food aid or send an email to world leaders requesting waste management. You can only enter the lottery once you’ve accumulated enough “points” for your activity. Every year, organizers give away around 50,000 complimentary tickets to the Global Citizen Festival in New York.

Additionally, the venue of the festival! It happens on the magnificent Great Lawn of Central Park. By live-streaming the event in public spaces, the organizers want to expand their audience globally. Furthermore, Ghana, West Africa, will host the Global Citizen Festival in 2022. Thus, one stage is still in New York City, and the other is in Accra. “We are thrilled to announce Ghana as a sister location for the 10th anniversary of the Global Citizen Festival,” added Michael Sheldrick, Co-Founder and Chief Policy, Impact, and Government Affairs Officer of Global Citizen. “Ghana has long been a champion of the SDGs and has seen great success in reducing poverty, building institutions, and providing healthcare and education. The country has galvanized the rest of the continent through its strong institutions and decisive leadership, highlighting what can be possible.”

A campaign to eliminate severe poverty includes the Global Citizen Festival. Fans can receive free festival tickets by participating in charity activities on the website, such as watching films and signing petitions. In addition, via live-streaming events in public spaces, the organizers hope to make the event “global.” The festival’s objectives have been closely tied with the Sustainable Development Goals (SDGs) of the United Nations since 2015, which comprise 17 tasks to end extreme global poverty by 2030.