The 12 Interesting Facts about Burj Khalifa

The world’s tallest building, the Burj Khalifa, is located in Dubai. The tower is a prominent feature of the city’s skyline, with millions of visitors coming to the structure each year. Tourists take advantage of its outstanding viewing platform, which offers spectacular city views and the surrounding environment. Then there’s the reality that it’s a truly remarkable architectural achievement, requiring millions of hours of labor. But how much do you know about this well-known landmark? In this post, we will look at some intriguing Burj Khalifa facts and figures, such as how tall it is and how many man-hours it took to construct!

It has 160 floors, the highest number in the world, which are used for anything from residential flats to workplaces, gyms, and restaurants.

It is also the world’s highest freestanding structure, reaching approximately 200 meters higher than the Tokyo Skytree, which is the second tallest. 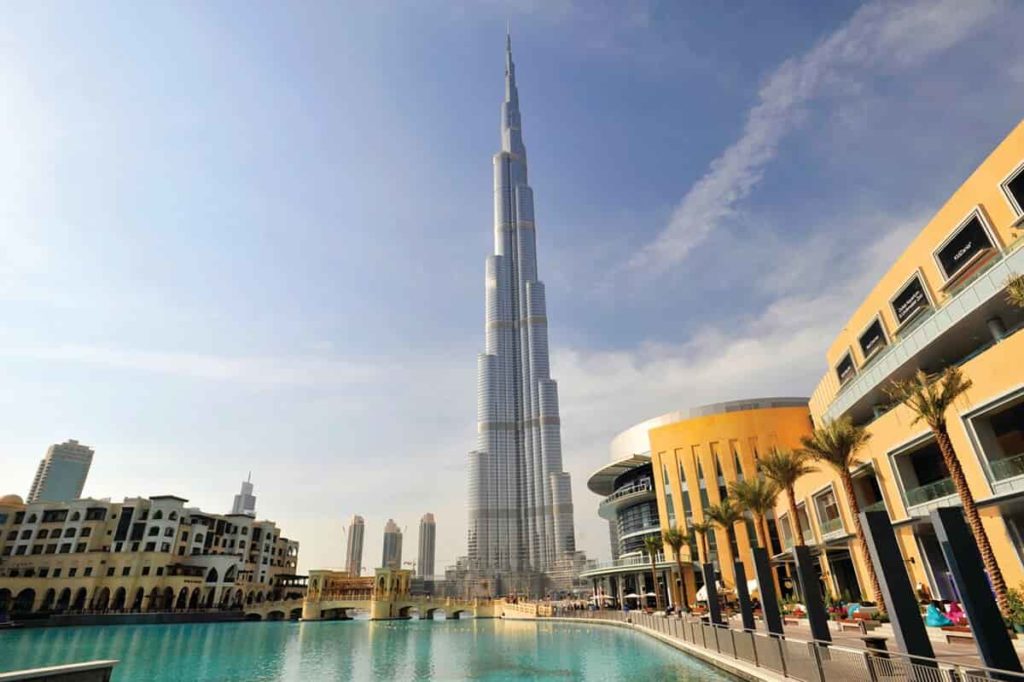 One of the most amazing characteristics about the materials is their weight. The concrete is equivalent to 100,000 elephants in weight. The total weight of aluminum used in the Burj Khalifa’s construction is equal to five A380 flights.

On its 148th floor, ‘At the Top Sky,’ the Burj Khalifa has the world’s highest observation deck, which is 555 meters above the earth. Visitors who are brave enough to book tickets will be delighted with some spectacular skyline sights.

On clear days, the building’s top can be seen from as far as 95 kilometers away.

Cleaning all of the buildings ‘windows takes about three months.

The Burj Khalifa’s sustainability and resource reuse are commendable qualities. 15 million gallons of water are collected in an environmentally responsible manner each year. The water is used to cultivate the landscape and plants, chill the building, and power the Dubai Fountain.

The Burj Khalifa has the world’s longest single-running elevator, which operates for 140 floors. The building’s elevators travel at a top speed of 10 meters per second, putting them among the world’s fastest. Its elevator takes only one minute to reach the 124th level viewing deck.

At the height of construction, 12,000 laborers worked on the Burj Khalifa per day, according to widely circulated Burj Khalifa facts.

Another fascinating detail about the Burj Khalifa is that it was meant to resemble the Hymenocallis flower. At the summit, the center core emerges and culminates in a carved spire.

No doubt, these interesting facts about Burj Khalifa can amaze anyone. The building is not just the world’s tallest structure, but it also holds several other world records. The Burj Khalifa was built using a mixture of creative goals and sound science. During this time, the organization collected a staggering amount of statistics, data, and figures, 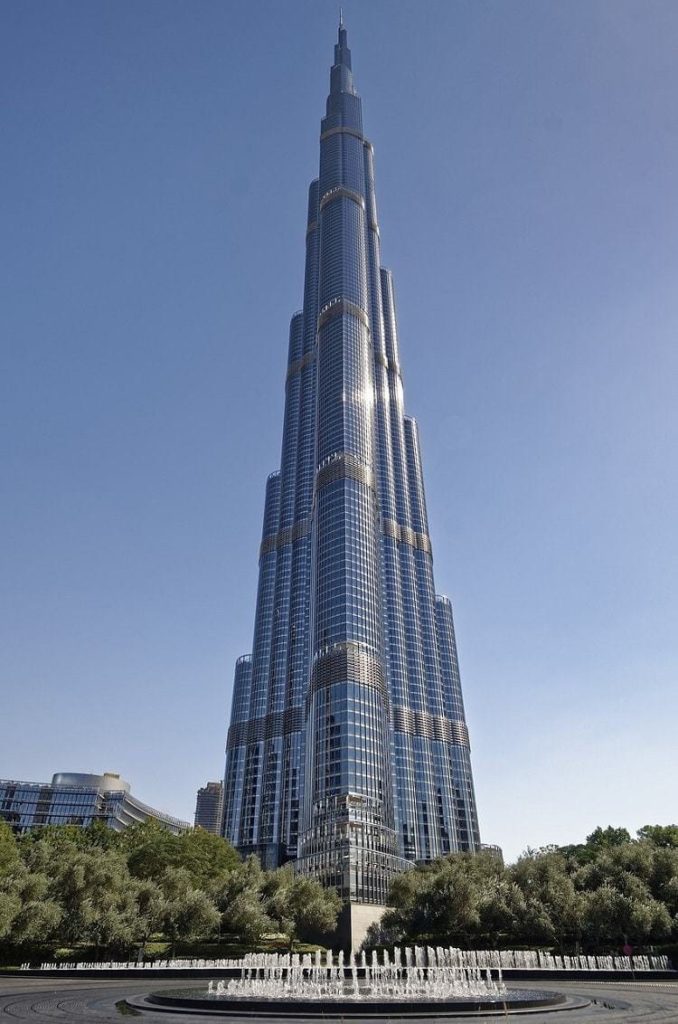 4 thoughts on “The 12 Interesting Facts about Burj Khalifa”