7 Interesting Facts About The Forests

Forests are also called the lungs of our planet. In total, they cover 31% of Earth’s landmass and together with the algae provide nearly all atmospheric oxygen. These diverse biospheres are of the highest importance to all building blocks of life itself and they bear the most astonishing facts and records. In this post, we’ll explore a selected few of these facts. Furthermore, in these facts we will discover some aspects of how humans and forests coexist and impact each other. So let’s go and find out the interesting facts about forests.

Interesting Facts About The Forests

We’ll start off with the basics of how to define a forest. So, what is a forest? As with many geographical terms, the exact definition depends on who you ask and what you’re trying to find out. The origin of the word forests only referred to an area reserved for hunting. Since these often happen to be dense woodland areas with trees and bushes the definition changed throughout centuries and ended up describing a larger area covered in trees standing out with its vegetation density and height.

Fact number two looks a little closer into the evolutionary history of forests. Since one of the attributes of a forest is providing shade to the ground, plants needed to have a certain height to be considered a forest. Around 380 million years ago the first species of plants grew tall enough to create a canopy. This step provided incredible evolutionary benefits which led to world domination of the Archaeopteryx. From there, many other species fought for a place in the canopy to receive some precious sunlight and the biosphere forest at its place secured on Earth’s surface.

Fact 3: How humans benefit from the forests?

Fact number 3 looks deeper into how humans benefit from the forests around them. This does not refer to financial benefits but instead shows a surprising connection to how forests help us to live a healthier life. For a long time now, forests are known to bring relaxation and reduce anxiety and stress levels.

Next to these mental health benefits, there’s also one very significant biological one. Plants and trees produce so-called Phytoncides which are a natural defense against fungi and bacteria. These molecules are suspended in the air around trees and when passing by or walking through a forest. These are also picked up in every breath. The minimal quantity is absolutely no harm to the human body and instead, they activate natural killer cells within us. These white blood cells are a fundamental part of our immune system. Furthermore, constant exposure to Phytoncides increases their population within the body which subsequently strengthens the immune system.

For our next fact, we’re going to one of the most extreme places on earth where trees can still be found up until a surprising threshold. The tree line of an alpine forest depends on many factors. These include that soil must be snow-free for an extended period of time during the summer, radiation cannot surpass a certain level, the air must hold enough oxygen to allow tree growth and the temperature may not vary too extremely. Since these conditions change in almost every Alpine habitat around the world. Significant differences in the tree line can also be observed. The Alps for example cannot sustain tree growth after a height of 2500 meters. At this level, however, an extreme specimen doesn’t even start feeling comfortable. 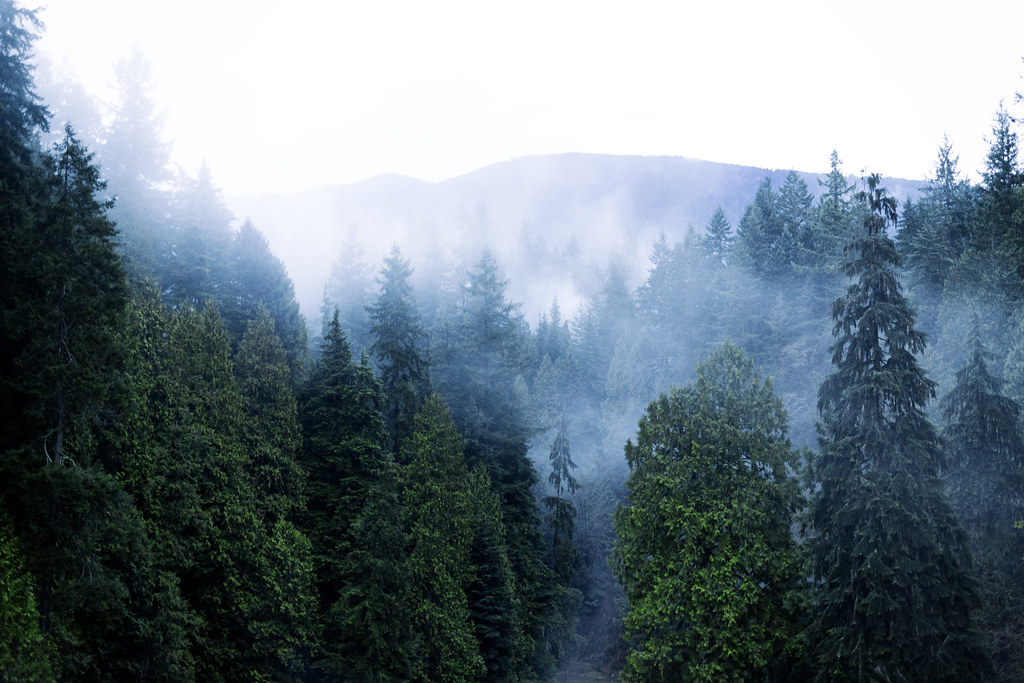 Fact 5: Forests and the battles

The Juniperus Indica found in the Himalayas, is a species of tree that flourishes up to an elevation beyond 4900 meters and sets the world record. While the Juniperus Indica spends most of its life alone high up in the mountains, most trees and forests are intertwined with human habitats. Moreover, they tend to clash against one another with humans having the upper hand in almost all battles.

While the Brazilian Indonesian and Malaysian rainforests are being strategically destroyed for the production of palm oil, there are also some examples of how humans gave the forests around them a helping hand. One of the most significant examples of these can be found in Saihanba in northern China. For decades a large desert near Beijing was the source of many sand storms which terrorized the Chinese capital. In a drastic measure, the Chinese have turned this former desert into flourishing Woodlands which now bring enormous environmental benefits to the region and spare Beijing from continuous sand pollution. The planting of trees started in the 1960s and generations of tree planters made the creation of this Forest Park their lifelong dedication.  Today the park stretches over 200 square kilometers across the vast plains of China.

This fact is about deforestation. With the call of the United Nations and their sustainable development goals, the protection of forests plays into several different goals including, industry, sustainable communities, responsible production, climate action, and life on land. The Food and Agriculture Organization of the United Nations helps with the enforcement of these goals on a global level and the statistics of the past 30 years give a little hope. While Europe, North America and Asia managed to increase or at least sustain their percentage of forested land throughout the past 30 years, Latin America fell behind drastically.

On a global scale, unfortunately, the combined efforts of the northern hemisphere are not enough to make up for the deficit of Latin America and in numbers, this looks as follows:

The seventh fact showcases the incredible persistent nature of forests. On Saturday, April the 26th in the year 1986, several nuclear reactors of the Chernobyl power plant in Ukraine erupted in massive steam explosions. This contaminated everything around the accident and made it inhospitable for humans to this day. In cleaning efforts after the disaster, the surrounding forest was removed and buried to make space for a new generation of pine trees. Against expectations, these trees actually flourished and reclaimed the majority of the evacuated area. Together with the trees, different wildlife such as eagles, wild boars, wolves, deer, and even bears have been reported to live in the surrounding forests of Chernobyl and today the area is used to study the impact of radiation on living creatures.

Well, these are some interesting facts about the forests. I hope you’ve learned something new.  For more global facts, visit our website.

2 thoughts on “ 7 Interesting Facts About The Forests”