The Eiffel Tower is one of the world’s most famous architectural projects to have ever been made. It is an icon of France and attracts millions of tourists to Paris every year. Have you ever wondered why build something so tall or who designed it? here are 7 exciting facts about the Eiffel Tower.

7 Facts about the Eiffel Tower

1. It was the tallest man-made structure for 41 years

2. There is an apartment inside the tower

On the third floor of the Eiffel tower, there is a secret apartment. Although Gustave Eiffel did not design the tower, he influenced what should be included in the design. One feature was for him to have his own private apartment inside the tower which had its own living room, bathroom, kitchen, and separate toilet. He used it as a venue to host guests like Thomas Edison and he was often approached by rich Parisians who wanted to rent the apartment from him. The apartment is open to the public but as a museum room where there is a wax figure of both Gustave Eiffel and Thomas Edison.

3. The Eiffel Tower was only supposed to last 20 years

The Eiffel Tower was originally built by Eiffel to commemorate 100 years since the French revolution. It was entered into the world fair. The tower was designed to stay up for 20 years and then deconstructed once the fair was over and people would have lost interest. But it stayed. There was a lot of scientific interest in the tower for its height and the possibility of it becoming a transmitting tower. As a result, the tower remained and became an important element in radio transmission. The first public radio program was broadcast from the Eiffel Tower in 1925.

4. There is a bunker under the Eiffel Tower

Under the south pillar of the Eiffel Tower, there is an old military bunker. It is said that the bunker was made with a secret tunnel connecting it to the Akolmala Terre military school in Paris. Although the bunker is still a bit of a mystery to the public, it is open to small groups for pre-booked tours. Part of it has been converted into a museum where visitors can learn more about the Eiffel Tower. It contains unique photographs of the early stages of the construction of the Eiffel Tower. 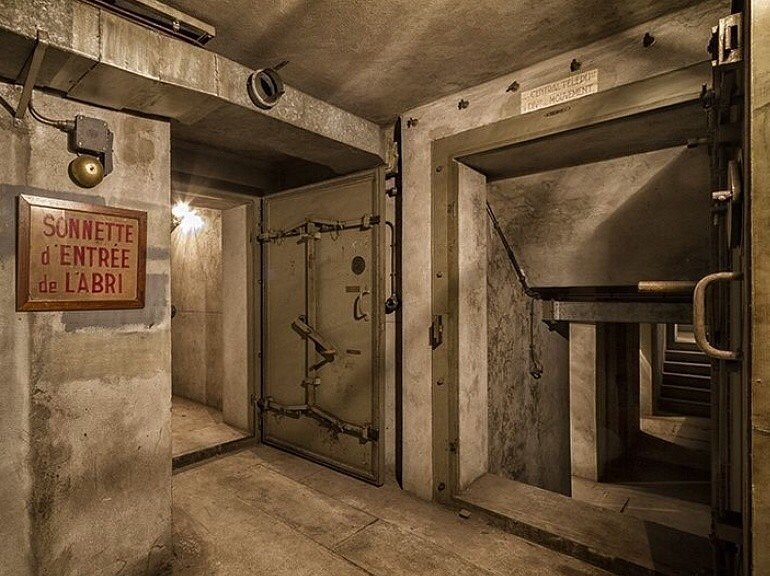 5. The Eiffel Tower was once the world’s largest billboard

You might not think of the Eiffel Towers being a structure for advertisement but throughout its life, it has had many purposes. From 1925 to 1936, the Eiffel Tower was illuminated with 250000 light bulbs that spelled out citron. The French car manufacturer used the Eiffel Tower as a billboard to promote their company Citroen. Covering a span of 100 ft. (30.5 meters), each letter of the brand was illuminated from top to bottom. The advertisement was so bright that it could be seen from 20 miles (32 kilometers) away. In 1927, Charles Lindbergh used the bright lights as a beacon for landing after his solo transatlantic flight. 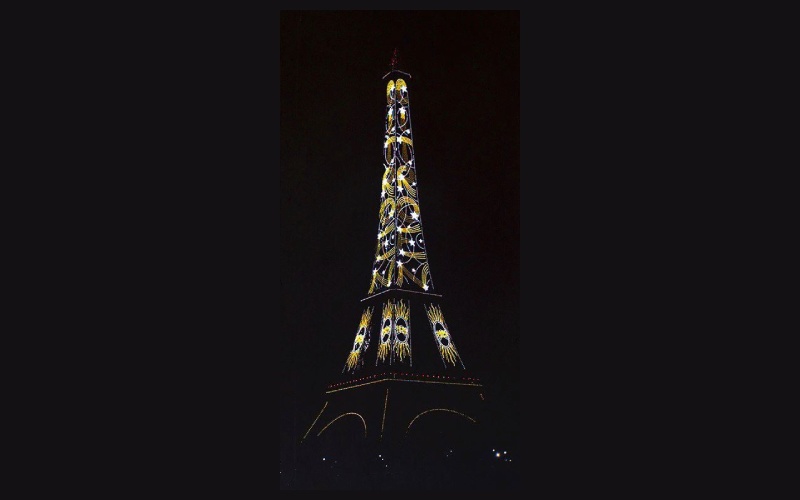 6. Nazis tried to take over the Eiffel Tower

In world war ii, during the German occupation of Paris. an attempt to place a swastika flag was made. The tower was already closed to the public and lift cables had been cut to ensure reduced access to the tower. Nazis tried to attach a large swastika flag to the top of the Eiffel Tower to show their takeover of Paris. The flag was so big that it immediately flew off and had to be replaced with a smaller flag.

The Eiffel Tower is made of iron which means that when the temperature changes so do the tower. In cold weather the iron can shrink by around 6 inches (15 centimeters) in height, meaning that the tower becomes slightly smaller. When the weather is hot, the heat makes the iron expand and records show that it has expanded by up to 7 inches (18 centimeters) in the past. The Eiffel Tower was designed with a hollow structure to resist wind, however, the tower does move around 1 to 3 inches (2.5 to 7.6 centimeters) from side to side in high winds. It will also move more if it is a hot day and the iron has expanded and become more flexible.

Well, these are some of the interesting facts about the Eiffel Tower. For more global facts, visit our website.