A Terrific Star Explosion Will Be Seen in The Skies of 2022′: Is It Really True?

About four years ago, a study predicted that in 2022, two stars would merge, leading to a colossal explosion in the sky. This was the first-of-its-kind prediction of a red nova that would be visible even to the naked eyes. In this post, we will tell you about the star explosion in 2022. So let’s go and discuss the supernova explosion in 2022.

Humanity has recorded eight naked-eye-supernovas in the past two thousand years, the latest being Supernova 1987A in the Large Magellanic Cloud, one of Milky Way’s neighboring galaxies. The light from the supernova reached our planet on 23rd February 1987, and it was the first supernova that modern astronomers were able to study in great detail. 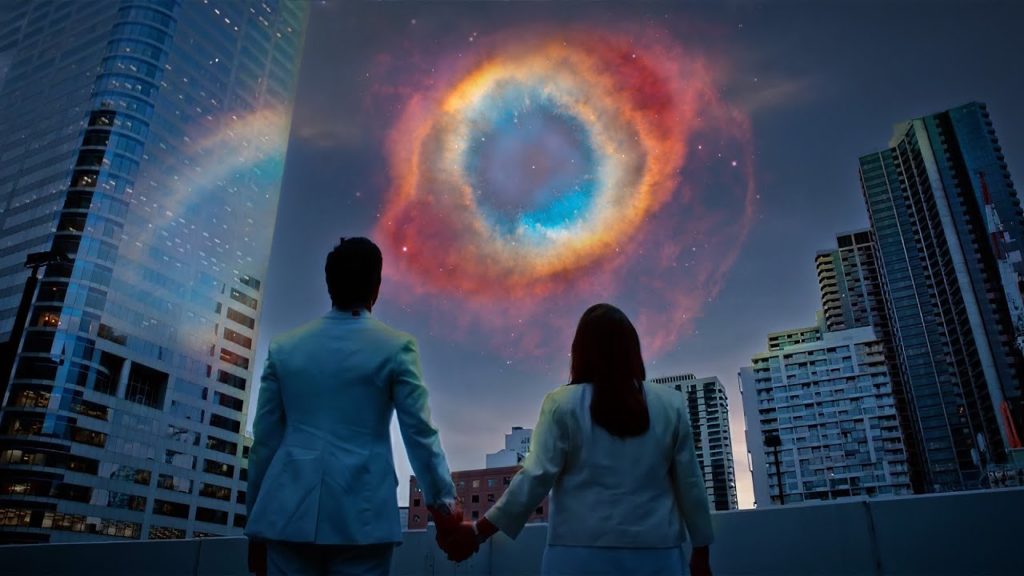 After the prediction that a red nova would be visible in the skies of 2022, the news grabbed the attention of astronomy enthusiasts around the world. Many popular astronomy channels upload videos that you would certainly get to see a stellar explosion in 2022.

But here is the question? This year, will we really get to see a red nova in the sky? If yes, then in which month? Before moving to the events that followed this prediction, let’s understand what a red nova is?

In the literal sense, the word nova means a “new star”. Ancient civilizations considered these events as the creation of a new star. However, in reality, novae are the explosions that occur on the surface of the stars near the end of their lives.

Consider a binary system consisting of a white dwarf and a main-sequence star. A main-sequence star is the one that is fusing hydrogen to helium inside its core, just like the Sun. On the other hand, a white dwarf is a stellar remnant, a dead star composed mainly of electron-degenerate matter. On average, the white dwarf’s mass is comparable to the Sun’s mass, and its volume is similar to Earth’s. This makes white dwarfs very dense astronomical objects. 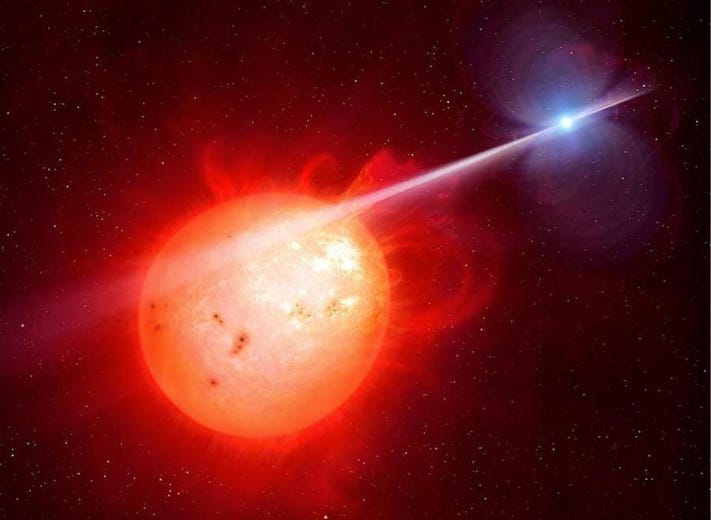 Coming back to the prediction of seeing a red nova with naked eyes this year, unfortunately, it’s false. The story began in 2013 when professor Larry Molnar from Calvin College and his team began analyzing a pair of tightly bound stars, known as KIC 9832227, located in the constellation Cygnus, about 1,800 light-years away from us. They observed strange blips in the brightness of the stars, hinting that the two stars were periodically blotting each other out.

Moreover, the timing and period of the eclipses suggested that one of the binary stars was about 40% larger than the Sun, while the other one was just one-third of the Sun’s size. KIC 9832227 had also been a target of several telescopes for at least the previous 15 years, including NASA’s planet-hunting Kepler telescope. Hence, a lot of data was available about this system.

So when astronomers analyzed more than a decade of its observations, they realized something odd was happening. Calculations showed that the stars’ eclipse rate was increasing very steadily. Surprisingly, this trend was similar to what astronomers had seen with the system V1309 Scorpii that unexpectedly went nova in 2008. 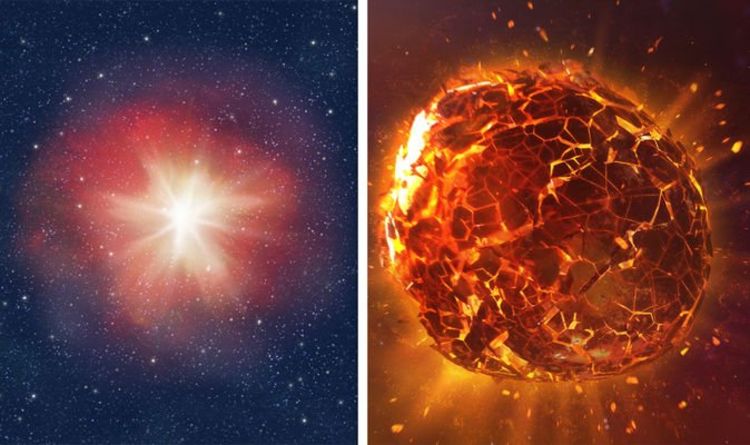 Following this, more observations were made suggesting that if the speed at which the stars of this system were merging continued to follow the same trend as V1309 Scorpii, then around the year 2022, the two stars will collide, thereby leading to a brighter explosion, a red nova. This nova was expected to be so bright that we would have seen it from Earth with unaided eyes. This was the first time anyone had predicted such an explosion in advance. And the excitement of witnessing such a spectacular event was unmatched.

However, various teams began working on validating and checking the accuracy of the nova prediction at the same time, and this is when an unwelcome news arrived.

In 2018, while analyzing the archival data, a group from San Diego State University spotted a typographical error in the archived orbit of the stars. So they concentrated on a gap in observational data from 1999 to 2007 for KIC 9832227. Doing so, they obtained previously unpublished data captured in 2003 and came across an odd discrepancy between when the two stars were expected to eclipse each other and when they actually did.

When they shifted their focus to the report that explained the 1999 data, they spotted an error while digging deeper. The time of an observed eclipse was mis-transcribed by precisely 12 hours in the publication. And it was because of this unintentional blunder that Molnar’s calculations regarding the timing of future eclipses were incorrect.

When this typo was corrected, it no longer predicted the stars of this binary system to merge and produce a rare red nova. Although this news came as a heartbreak for many wanting to enjoy an amazing light show in the sky, this instance perfectly illustrated how science could self-correct.

Although we may not get to see the stellar explosion with naked eyes, we must not forget that the iconic James Webb Space Telescope  will release its first pictures this year. Besides that, several interesting astronomical events will take place in 2022. 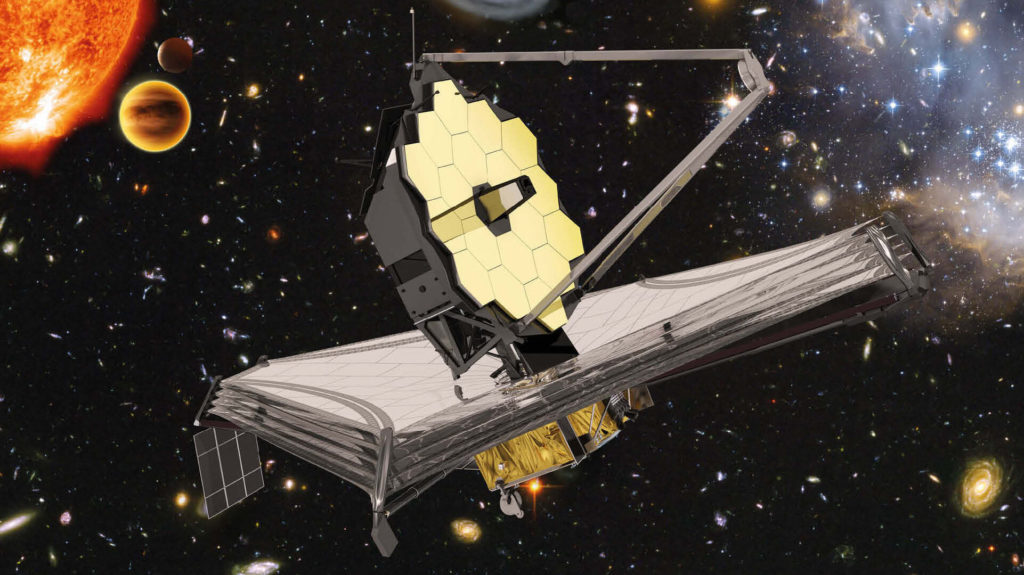 Note: Must read What is inside a black hole? Black hole mysteries

2 thoughts on “A Terrific Star Explosion Will Be Seen in The Skies of 2022′: Is It Really True?”