9 Things you don’t know about pyramids

No doubt, pyramids are one of the wonders of the world. Most people know that the Egyptian pyramids are big and impressive structures. They were built a very long time ago in ancient Egypt. But not many people know all of the other crazy and interesting facts about them from building the structures to whether we could recreate them today and more. There’s far more to the pyramids than meets the eye. Make sure to stick around until the end to read about the crazy ruler who tried to take down the pyramids. So, let’s go and find the unknown facts about pyramids.

1. The weight of the blocks

The weight of the blocks of the pyramids of Egypt is overwhelming in their size and stature. Furthermore, it’s impossible to stand next to them without feeling slightly humbled. You’ll experience that feeling, even more, when you try to comprehend the hard work and determination that went into creating these incredible structures. We already know that the pyramids are amazingly tall but how much do they weigh? One of the most fundamental controversies surrounding the pyramids is how they were built given the weight of a single block. No one is truly sure whether special machinery was used or if pure brute strength was all it took to move the blocks into the correct formation.

It’s likely that we’ll never know because the pyramids are very old. The great pyramid of Khufu is also known as Akit Khufu. It consists of an estimated 2.3 million blocks of stone. Each stone block within the pyramid weighs nearly 5000 pounds which are 2.5 tons. This means that the total weight of this particular pyramid is 5,750,000 tons. 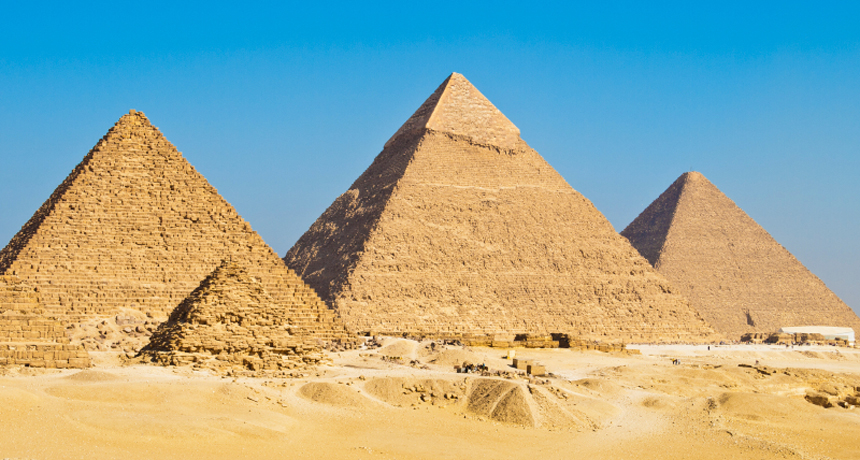 2. The moving of the blocks

One of the most surprising facts about pyramids is moving of blocks. How ancient Egyptians move the blocks is something that’s puzzled scientists for hundreds of years. Surprisingly, people are still searching for an answer. Stacking the blocks into a pyramid’s towering iconic shape is often marveled at as a feat of mystery. For the great pyramid of Giza, over two million three hundred thousand giant blocks of limestone and granite had to be transported to the site from quarries. Archaeological evidence suggests that the Egyptians of the time used wooden sleds to transport the blocks from a to b. 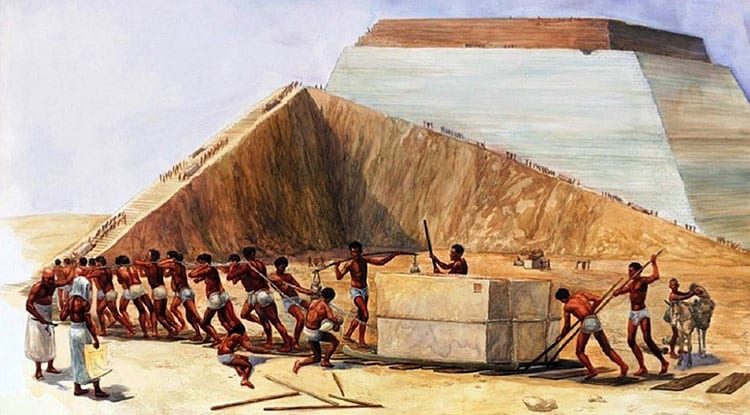 However, when you consider that they would have been pushing these blocks across the sand, you can understand why this might not be an accurate guess. Others think that a layer of water was poured onto the sand first. It was done to make the surface more conducive to pulling a heavy load over it without sand building up in front of the wheels.

This is one of the astonishing facts about pyramids. For a long time, there was the assumption that the people who built the giant pyramids of Egypt were kept as slaves and were forced to undergo heavy labor to complete the work. Evidence in 2010 conducted by Egypt’s leading archaeologist Zahi Hawas show that the burial plots filled with skeletons and the builders suggest that the workers were not slaves. These tombs followed the same routine as what would happen when someone important died. Their body was laid to rest with prized goods and the modest nine-foot-deep shafts that held a dozen skeletons of pyramid builders contain jars of beer and bread for the afterlife. 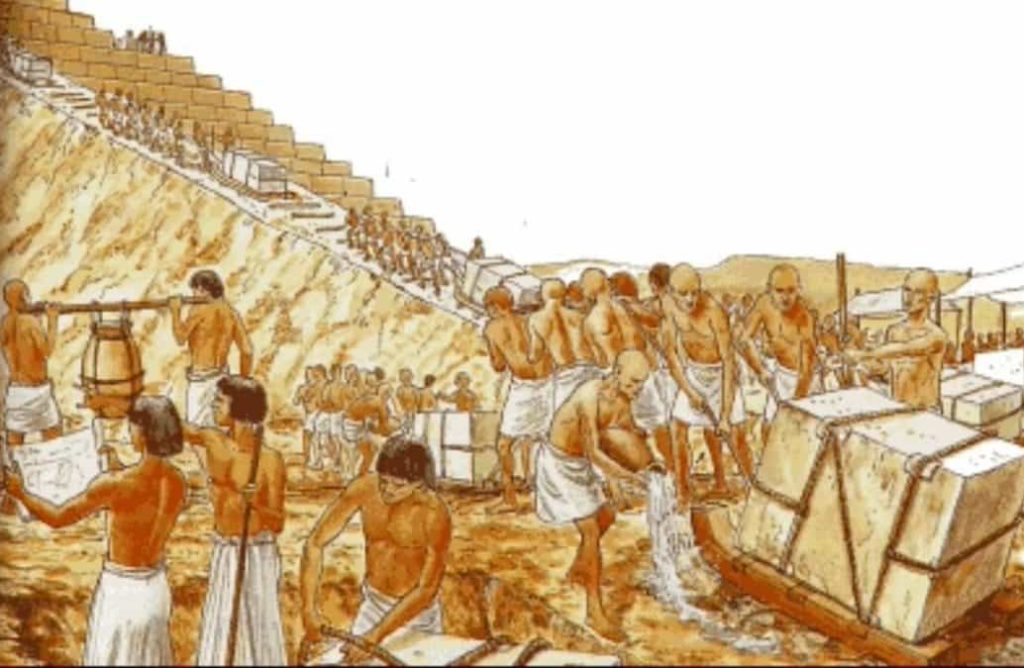 There’s a myth going around that these pyramids were the first example of a power plant using huge amounts of energy for their day-to-day activities. Additionally, this type of myth perpetuates the belief that all of this energy was conducted inside the pyramid. Many historians think that electricity was extensively used in the land of the pharaohs. The ancient Egyptians employed what looked to be handheld torches that were not lighted by fire, according to intricate sculptures. They were however, as many assume, powered by wireless electricity centuries ago.

This is why, many people think that the Great Pyramid of Giza, whose significance is unknown, was formerly employed as a massive energy machine in Egypt. Only a source of energy is required for the Great Pyramid of Giza to function as a massive power plant. And that’s why the great pyramid’s architects took benefit of the water on the Giza plateau. As a result, the pyramid became a hydroelectric power plant. However, major scholars have strongly rejected this notion. 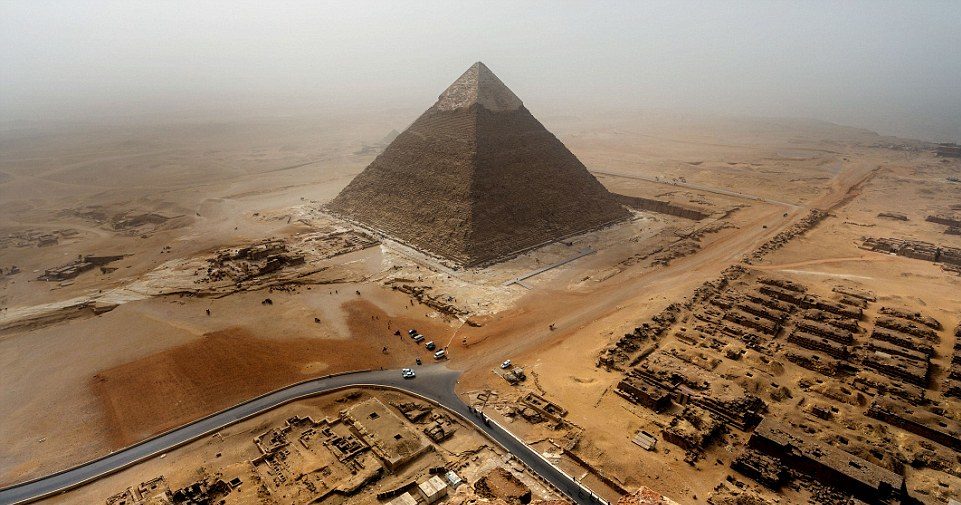 5. The time it takes to build one

The great pyramid of Giza is 756 feet long on each side and 481 feet high and we already know how much it weighs. Legend has it that this structure was erected in just 20 years. This means that a block had to have been moved into place about every 5 minutes. On the surface, this seems impossible due to the heavyweight of each stone and the distance they had to travel from the quarries. It seems like nothing more than another myth. But it could actually be an accurate representation. Many people think the pyramid was built inside out via a spiraling internal ramp which helped to cut down on the time it took. Regardless of whether it’s true, 20 years is an incredible feat for such an amazing build. 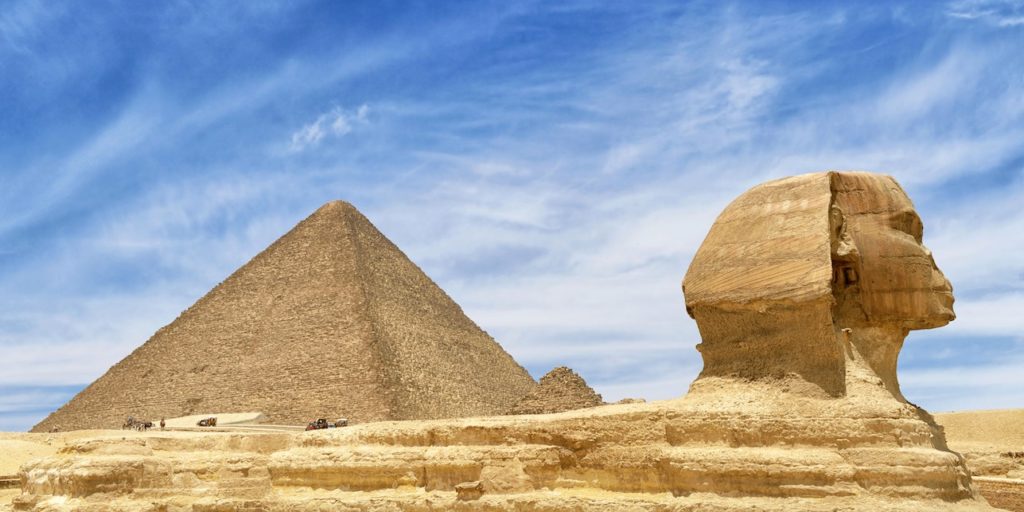 Even with cranes, helicopters, tractors, and trucks at our disposal, it would be tough to construct the great pyramid of Giza today. For starters, we don’t have the impressive blueprint that they would have used to come up with the internal structure of the building. Certainly, we could get the most impressive architectural minds in the world together. But the ancient methods of the Egyptians could potentially be so far away from modern methods that we would be going around in circles. However, how much would a new pyramid cost today if we tried to build one? We could supposedly reproduce this world wonder for a five billion dollars if we adopted a similar procedure of constructing from the inside out with a ramp.

7. The number of workers

Estimations about the number of people that came together to build the pyramids vary wildly. Not only was there a huge geographical issue when it came to transporting the bricks, but it was also a challenge that went on for 20 years. It’s quite possible that all of these people worked hard for 20 years knowing that their hard work would eventually pay off. Perhaps, they even knew back then that the pyramids would become one of the great wonders of the world. Originally, Egyptologists thought the number of pyramid workers was around ten thousand.

However, when they really broke the figures down and took a more in-depth look, that figure was recalculated to the twenty thousand thirty thousand mark. Giza, according to scholars, had a skeleton staff of workers who worked on the pyramids all year. Because of the widespread belief in the afterlife at the period, these individuals would strive for their gods for hours on end. They believe that the work would help them be saved after they died.

8. Facts about pyramids proximity to water

If you’ve ever taken a good look at the pyramids of Egypt, you’ll notice that they’re all very close to the Nile. The pyramids were built by the Nile first and foremost because that’s where the builders were. People lived by the Nile. It allowed them to drink water and water for agriculture. The further from the water, the more difficult their lives became. And so it made sense to build the pyramids near the people to save time and precious energy. The other important reason was transport. The stones for the pyramids came from quarries that could be many miles away. Transport by water is cheap and easy.

Moreover, moving things over land is much more difficult. The farther the pyramids were from the Nile, the more difficult it would be to get the materials to the site. Definitely, some of the stones were probably transported over dampened sand but moving them via water was also an option. 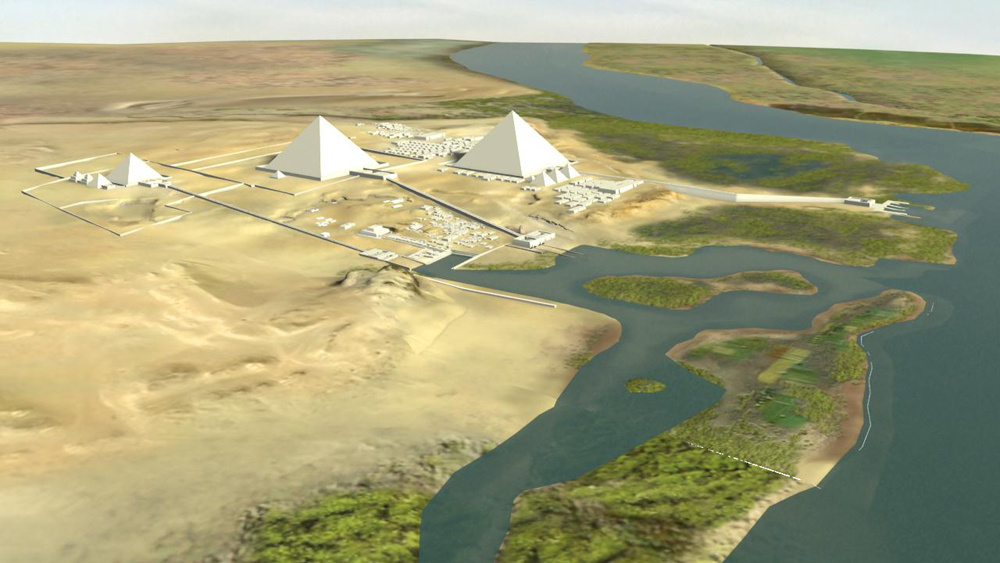 9. The attempted destruction of the pyramids

Although the pyramids are breathtakingly gorgeous, one of them is slightly flawed. The side of Menkaure’s pyramid has a large gash in it. It was caused by someone who attempted to completely destroy the pyramids. In the 12th century, Kurdish king Amalek al-Aziz atman ben Yousef plotted to destroy the Giza pyramids. But, fortunately for us all, the devastation was far too large and expensive to complete. He could only seriously harm the tiniest pyramid, leaving everything else in fine condition. The workers he hired to deconstruct the pyramids discovered that destroying them was almost as expensive as building them.

Furthermore, they worked for eight months but were only able to eliminate one or two stones per day at the expense of exhausting themselves totally. You can’t discredit them for trying because they worked hard at their task. However, each step of their attempt to destroy the pyramid cost them more effort than was necessary. 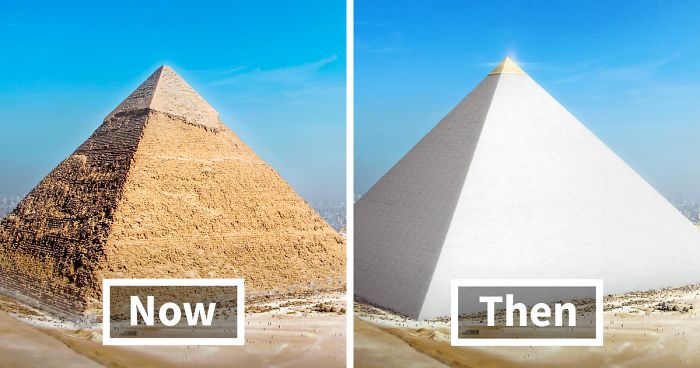 The bottom line- Facts about pyramids

Indeed, pyramids are the wonders of the world. These were some of the facts about the pyramids of Egypt. Certainly, these facts can surprise anyone. Many researches are still going on these pyramids to find out the truth.

One thought on “9 Things you don’t know about pyramids”